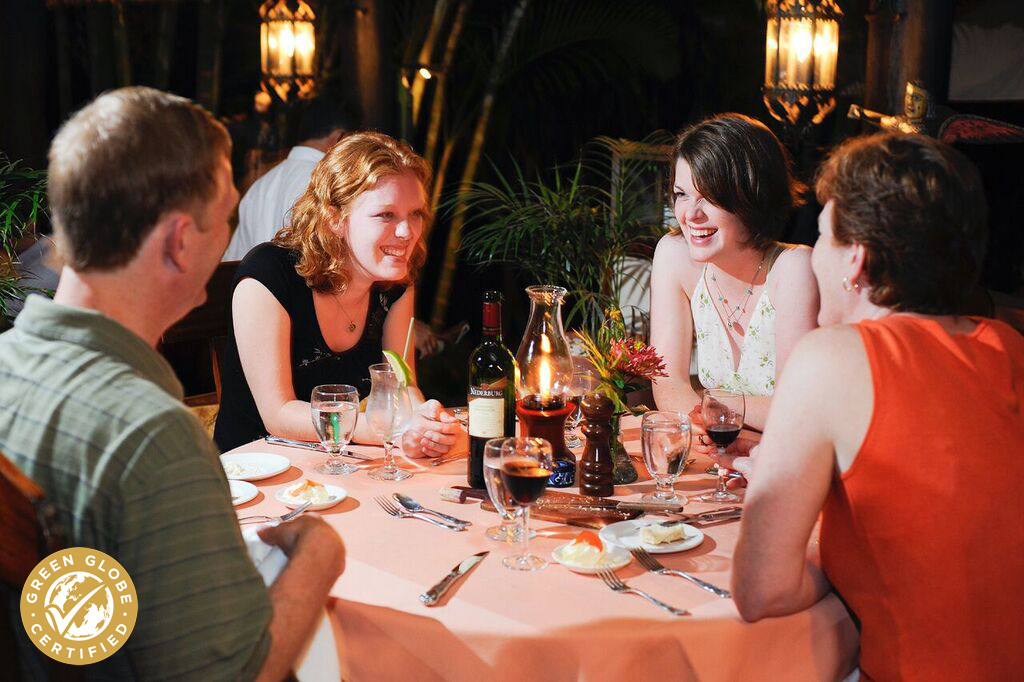 “Raising the bar” in Belizean cuisine, Food in Belize just got even better!

The future of Belizean dining is in good hands after twenty young Belizean cooks recently completed an intensive six week training program at The Lodge at Chaa Creek, according to food and beverage manager Bryony Bradley.

Ms Bradley, who is also the popular Belizean eco-resort's assistant general manager, said the program’s goals were to “raise the bar” in Belizean cuisine while helping local cooks make the best use of Chaa Creek’s Farm-to-Table approach to dining.

“Cooking with fresh, organic produce creates opportunities as well as challenges,” Ms Bradley said, “For so long, Belizean cooks have had to rely on imported ingredients and fairly limited cooking styles. But as Belizean cuisine evolves along with resources like our traditional Maya Organic Farm, cooks are adapting to a whole new environment,” she said.

Ms Bradley said that Chaa Creek recently engaged the services of renowned US Chef Edward Mendoza to mentor cooks and review the kitchens at The Lodge at Chaa Creek’s onsite Mariposa restaurant and its Guava Limb Café in nearby San Ignacio Town.

“While the Mariposa restaurant enjoys an excellent reputation with travellers, and the Guava Limb Café was recognised as Belize’s ‘2015 Restaurant of the Year’ by the Belize Tourism Board, we’re always on the lookout for continual improvement, and want to make the best, most creative use of our Maya Organic Farm which, in addition to being a popular educational attraction for our guests and community, supplies our kitchens with fresh ingredients,” she said.

Mick Fleming, who with his wife Lucy started Chaa Creek as a small family farm on the banks of Belize’s Macal River in the 1970s, said the 33 acre Maya Farm began as a labour of love that evolved to become an important part of The Lodge at Chaa Creek.

“Depending on the time of year, the Maya Farm now supplies about forty per cent of our needs, including vegetables, fruits, herbs, sheep, lambs, goats and goat’s milk; all organically grown and using refuse and compost from all of our other operations,” Mr Fleming said, noting that even glass bottles were crushed for use as aggregate in construction and plastic bottles recycled for seedling beds.

Chef Edward Mendoza, owner of Cucina 503 in Augusta, Georgia, has a resume that includes helping to open Le Cordon Blue School of Culinary Arts in Dallas and acting as a corporate chef at major events like the Masters, U.S. Open, Kentucky Derby, Super Bowl, and the Salt Lake City Olympics. He described Chaa Creek and the Guava Limb Café as “delightful playgrounds” that he plans to return to in the near future. 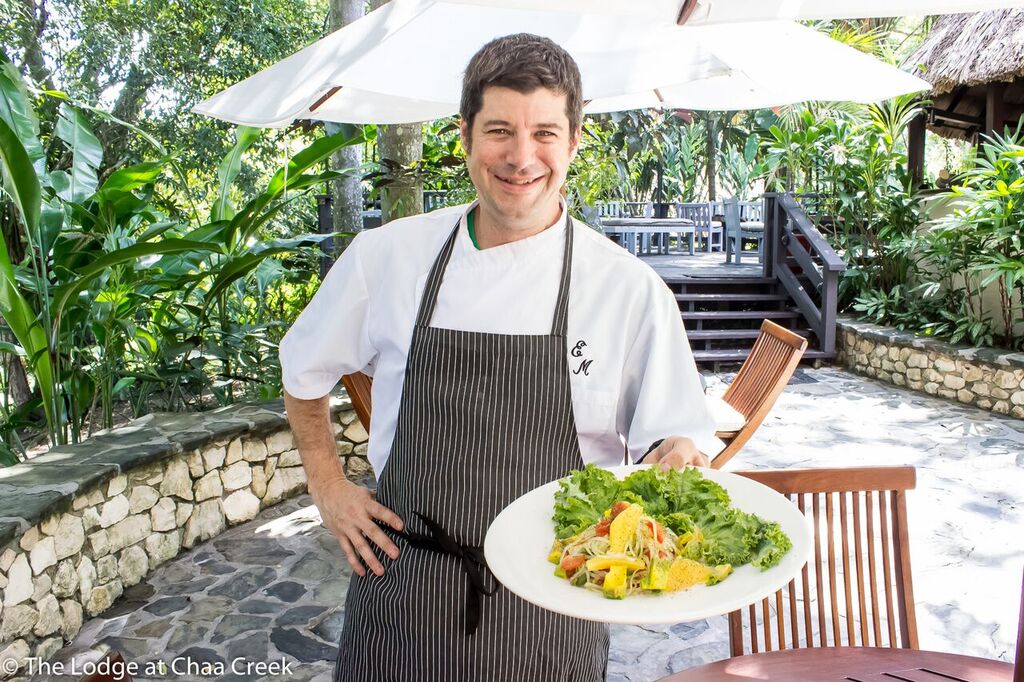 “I was there to add an outside influence and teach culinary foundations based on French cuisine. I loved all the bright flavours and heat in the Belizean cuisine, and the use of all the produce from the Maya farm in both restaurants allows the freshest product possible,” he said.

Ms Bradley remarked that Belize and Chaa Creek have come a long way since the country achieved independence form Great Britain in 1981 and the tourism industry began in earnest.

“Back then, your dining choices were pretty much limited to rice and beans, with stewed chicken and meats, seafood that was usually fried, potato salad and the occasional burger. They were all delicious, but during the last twenty years something we like to call ‘Nouvelle Belize cuisine’ has been emerging, which makes more creative use of the abundance of fresh ingredients we get from Belize’s incredibly rich land and pristine Caribbean waters.

“Tourism has brought more discriminating diners who have spurred greater enthusiasm and new directions in cooking, and the travel industry is responding to that.

“We’re particularly fortunate at Chaa Creek as we started out as a farm, and always retained an interest in farming and Maya culture. We realised that we were offering ‘Farm-to-Table’ dining well before it became a catchphrase, and as it’s something we’re interested in and enjoy doing and our guests really appreciate, it’s worked out very well.

“Now we hope to continue building on that foundation and contributing towards adding Belizean cuisine to the country’s many other attractions. It’s very exciting to see ancient farming methods combine with modern cooking techniques to create dishes that are delicious, healthy, and uniquely Belizean,” Ms Fleming said, adding that Chaa Creek plans to continue providing mentoring and internship programs for Belizean cooks.

And it sounds as if they’ll continue to have the support of Chef Edward Mendoza.

“I’m coming back in December and it can’t get here quick enough. I love the people and the country,” he said.

The Lodge at Chaa Creek is a multi award winning eco resort set within a 365-acre private nature reserve along the banks of the Macal River in Belize.